THE BOOGIE-MAN OF DARK! 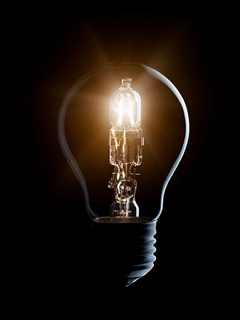 If your house is well lit; on a dark night, walk over to your door to the outside, and open it.

Look closely and you will observe a profound truth.

When you opened the door to the outside, the light shined right out the doorway ... the darkness didn't prevent the light from shining out, nor did the darkness project back into your room.

Darkness is simply a paper tiger, by that I mean dark is simply the absence of light.

Light reveals truth while darkness covers truth. We, by our nature, prefer the dark. (John 3:19)

The standard of truth is comfortably hidden by darkness.

Those in darkness are held bondage to their very darkness because they can't see truth. To them, light, like the truth it reveals, is painful and costly ... and they can say, "Walk in the dark as I am in the dark and we will have fellowship one with the other!" 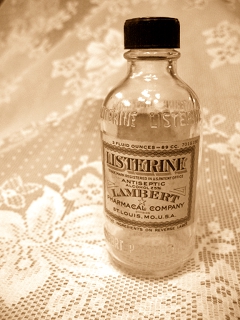 I consider myself very fortunate in having a garage, when most people in the world don't even have a car. My garage is really useful, not just to house the car, but in my garage I have my workbench with a multitude of Chinese tools; that is made in China.

When I come home, after buying stuff, I bring the stuff from my car and lay it out on the workbench and prepare to open the packaged items. I have the tools I need. Vice, hammer, hacksaw, scissors and various other cutting devices ... and band aids.

Today's incredibly tough packaging demands a set of aggressive tools to help open and release the products! From a simple toothbrush to a set of little batteries, they don't give up easily.

Most all of these items are incased in tough see-through plastic, vacuum packaged allowing you to see the item you purchased ... then spend twenty minutes trying to remove the item, intact, from the packaging.

The other day I bought a family sized bottle of mouthwash. (6 benefits in one ... 'one' what, I don't know.) I took the bottle from my car and sat the bottle on my workbench and looked at it ... it stared back.

I could tell, there was going to be war!

I was going to have to open this baby. Simply unscrew the cap? No way.

I took the bottle and twisted the cap to open it and sure enough it was "child-proofed" ... and that's understandable as any child would just LOVE the ugly taste of mouthwash. Right?

I love that ratcheting noise. It resonates aggression.

"Child-proofing" or, in reality, "Adult proofing" really ticks me off!

When I studied the cap, it showed how to simply squeeze the cap in the right place and simply twist it open.

Why didn't I think of that?

Now where is that right place ... it's under the cap somewhere!

I got my big pliers and really went at it ... squeezing and slowly twisting. It still didn't work.

By now the bottle and I both had an attitude.

I studied the bottle closely and noticed two little black lips on the bottom of the plastic cap. Aha! I got my hacksaw and cut them off!

Some dark night I Would love to meet the designer of that cap ... even if I had to travel to China.
Posted by Pastor Von at 10:30 PM 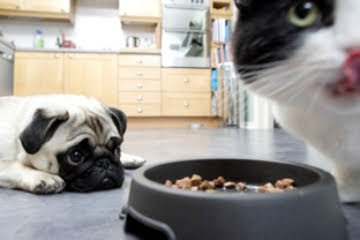 The other day I was walking down the "Dog and Cat food" Isle in my local market. Looking at the rows and rows of pet food with their colorful packaging ... I guess that's what you do in a pet food isle. I paused to study this impressive panorama of canine and feline foods.

And briefly though of Haiti.

Indeed we love our furry pets. But oh so many, many decisions.

A growing diet section for the growing ever fatter pets.

We can't forget that maturity section, Age is playing a bigger part; there's puppy food, and adult dog food, then middle-age and ... senile dog food for the dentally impaired.

While there is little on the shelf for A common curbstone setter or average alley cat, there's a vast selection for the precious and finicky few ... ending in gourmet.

Now what would Tabby or Rover enjoy?

Because Tabby or Rover aren't allowed in the store and because they can't read anyway, means we must choose their pet food for them, so in reality the colorful and convincing packaging is created to sell us, not Tabby or Rover. An astounding revelation!

An important point to consider.

Each package holds a picture of a healthy happy dog or contented cat eager to eat the very product you have in your hand. How simple.

This one is it.

One thing for sure, the thoughtful time you spend walking back and forth and searching out what you think your Tabby or Rover would like for supper . .you're offering will be devoured in a blur of seconds as it hits the floor. And Rover will look up at you asking ... is that all?

Now Tabby, well, she may take her time, after all she is gourmet.
Posted by Pastor Von at 9:30 PM

VICTOR ENDS IT ALL

Little by little Victor's world was falling apart. His fatherless two room home, in a very poor barrio was becoming impossible. No money, little food, fighting and arguments were an everyday thing. In school he was having problems too, for months things in Victor's small world had been going from bad to worse.

There didn't seem to be enough love in those two rooms to include him.

He knew of two young boys in his neighborhood that had done it.

Maybe this was the answer. The more he thought about it, the more it seemed to make sense.

Each one of the two boys had hung themselves. (About 90% of suicides in Mexico are by hanging.)

Victor thought it over and carefully planned out his end.

He found out how to tie a noose, located a short rope and knew of an abandoned shack a few blocks up the street. Victor slowly penned two notes and stuck them in his pocket. He made a noose on one end of the rope, and walked with the rope to the abandoned building.

Gathering several boxes together, Victor stacked them up, and climbed atop where he could reach a 2X4 on the ceiling; while standing on the wobbly boxes he threw the rope over the 2X4 a couple of times and tied it into a knot then placed the noose over his head, pulling it tight.

After a time, he kicked the wobbly boxes and fell ... it was all over.

He hung there until some kids found him.

When Mexican Public Service arrived to pick up Victor's body, his mother identified her son, showing no emotion.

More food for the family?

Going through the young boy's pockets, they found some marbles, a few tasas (Small plastic disks; a game that boys play this time of year.) and the two notes.

One note was addressed to his mother ... in the short note he expressed his feelings that she love Benjamin, his younger brother, more then him.

The next note was addressed to Santa Clause.

"Dear Santa, I must be a bad boy because you never gave me the little remote control car I asked for."

A small twelve year old boy kills himself. He felt unloved, unwanted and even rejected by Santa ... he was a "bad" kid.

We are there for those twelve year olds ... somehow we missed Victor!

In Tijuana, kids suicides are growing ... and boys suicides in particular.

Seriously! What have they got to live for? You answer that one!
Posted by Pastor Von at 10:30 PM

KING OF THE MOUNTAIN! 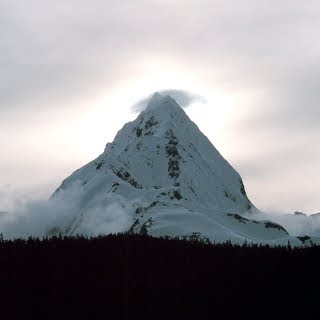 Back when boys were boys and women didn't make the rules, we used to play "King of The Mountain." A rather primitive game particularly attractive to boys. Sorry, no girls on the mountain.

Just a small, high, pile of worthless dirt would provide the challenge of who could be king, who would be king ... and for how long.

King was the boy on top! He was King! For how long only he could tell. The other boys had a singular agenda ... dethrone the king! Pull the king down and become king yourself!

A boy thing ... way back when they had real boys, and boy things.

A serious game of ego, strength and testosterone. In "King of the Mountain;" anything goes! The color of the game was black'n-blue ... there were often tears and blood.

There were those who sought the summit and got the summit ... at least for a time.
Posted by Pastor Von at 10:30 PM 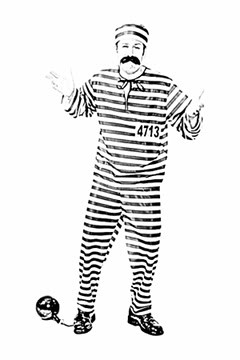 When is anyone going to take on the prison fiasco? The whole system is rotten to the core but everyone seems to want it to remain "invisible" ... "Put 'em behind bars," to many, that's the solution! No way! How can any intelligent person think that larger prisons are the solution to less crime ... prison, for the most part just puts things on hold.

Why do we continue thinking criminal, police, jail, prison = equals solution? The prison system we have is in fact increasing crime. An institute of multiplication. Quality crime by more sophisticated criminals.

I would define prison as "Inmates in training:" Schooling paid for by our government. An average criminal can become a smooth professional with enough schooling ... and think of the future contacts he can make.

Why are our officials blind to this? They can't be that dumb.

Well, maybe they are.

Another thought: If you haven't a cause, you'll find it in prison; a proven recruiting environment for a fundamentalist Muslim. It's a fact that prisons are packed with terrorist potential And Muslims know it, and exploit it.

Prison: A place to locate and motivate future terrorists to a cause:

Oh, another question. How is it possible that gangs inside the prison can efficiently and effectively run gangs outside the prison? How can a prisoner make and keep a fortune while in prison? Now that's a real mystery.

Could it be the prison system itself?

Why is it that drug addicts can acquire all the drugs they need in prison? Something smells in the prison system, but then again, who really cares? To the guards, it's employment. Why should the guards care? The larger the prison the more guards employed.

Police? Do the police really care? Dumb question. Think it over. If there were no criminals the police would be out of a job.