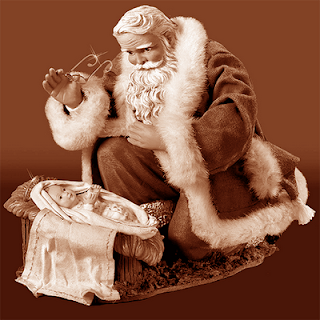 Driving slowly down the narrow dirt road into Pedrigal, I pulled to a stop and the kids descended on me. They were smiling and excitedly handed me little penciled paper notes, lots of them. I stood rather puzzled looking at the notes then looking at the kids.

I've been given notes before but never this many at one time. It turns out that this is near Christmas time and the kids decided that they were going to give me their Christmas wish lists. (Two kids asked for their notes back because they forgot to put their names on their note.) Big smiles. High hopes. Great expectations!

Who gave them this idea, I don't know. Who told them I was Santa, I don't know ... I'm not dressed in red and I don't look a bit like Santa. I have an Xterra not a sled.

We aren't planning on coming to this community with our gift bus.

Truthfully I have no idea what I'm going to do with these notes (Several wanted a bike!) ... I'll have to resolve it some way.

The point is, Christmas is coming and these kids have flat nothing. These communities we serve are literally dirt poor. If the family has the money they will have a big Christmas meal. No way is it a meal like we will have. In most cases Christmas will simply be another weekday.

In our economy here in the USA, Spectrum has flat nothing too ... So it will be interesting to see how this December unfolds.

For all of us working the border, Pastor Von
Posted by Pastor Von at 9:00 PM 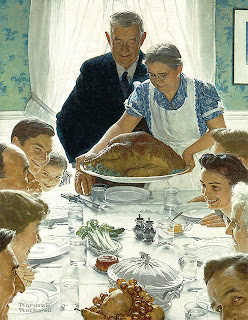 A November Thursday set aside to be appreciative of God's bountiful blessings! A table set for an abundant variety of food. Turkey (Ham for us Gentiles.) stuffing, gravy, mashed potatoes, sweet-potatoes topped with marshmallows, apple-pie-ala-mode! Family and feasting and maybe a little nap to help digest our food. Setting the calories aside ... we need to focus on gratitude; our gratitude for all He has given us.

It may surprise us, but thankfulness and gratitude are learned attitudes; we are not by nature thankful.

All of us work Thanksgiving day with our "thankless" people. Thanks to many of you we are able provide essential food for the lines of hungry people. And they are hungry! (God blesses those who feed the poor.)

Sometimes I think that our people have so little simply because they show so little gratitude to God. God is an image ... an icon to most.

My hope and prayer is that you might make this Thanksgiving a special day in your home, and that God may be more important than turkey, ham or even family.

He Blesses the thankful!

South, across the border In our world this Thursday will simply be another Thursday ... meal of the day? Beans, rice and cactus!
Posted by Pastor Von at 8:00 PM 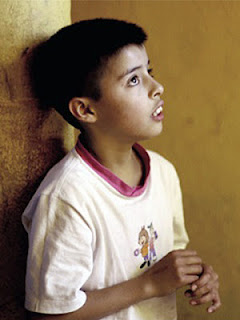 In almost fifty years working in Tijuana I've worked with many orphanages. (I'm still working with the kids in four orphanages.) Orphanage's full problem kids. Some are just dumped there because they are unwanted, or an extra mouth to feed and maybe a problem kid too. Others children are brought by mothers and grandmothers because they can't give them food, clothing and schooling.

I've seen kids as they come to the orphanage with their little bag of clothing. They stand silent and scared looking at the institution they are about to enter, while their mother talks softly with the Director. She is soon walking down the street looking for a taxi to ride home.

Sometimes it's a heartbreaking surprise when a little kid is given to an orphanage. He wasn't told. Now he's there, being given to an institution. I've seen the kids cry and sometimes scream as their mother turns her back and walks out of their life. It's a hurt most of us have never had and leaves a permanent scar.

Most of these kids have heartbreaking stories ... some with stories that would make your blood run cold!

An orphanage is an institution, it's not a family, and it's actually not a solution. Some of these kids, like Manuel (15) I talked with yesterday have been in orphanages all of their lives. Manuel has never known a family. To be honest, he has never known love. He was one of thousands of problem kids cruising Tijuana ... Manuel is on his last orphanage.

Most kids in orphanages are returned to the streets or their dysfunctional families at age 16, 17 or 18. And with Tijuana's economy at it's lowest there isn't much hope for a job.

In most cases the Step Father does not accept his wife's teenage son returning home from the orphanage. One more mouth to feed. Fights break out. The boy leaves home and hits the street.

I remember having a young man tell me once, "I'm going to live fast, die young and make a good looking corpse."  High until I die!

If you are a family; impress upon your children how fortunate they are to have two people who love them and care for them. A fact, too often forgotten; kids must be taught to be thankful, and to appreciate what they have, and to respect you as parents.

I caught the photo above as I watched a kid, alone, in a Tijuana orphanage. He was standing quietly looking up ... I have no idea what he was thinking, maybe he was praying.

And maybe I don't want to know what he was thinking.
Posted by Pastor Von at 8:00 PM No comments: 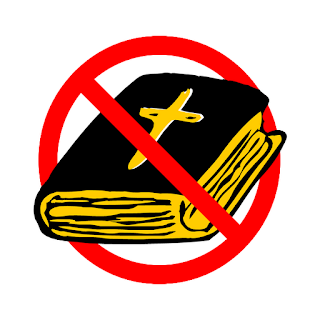 Take God out of the equation and you have the world I work in, a darkened world of lost souls. Thousands of them.

This afternoon I asked a little eleven-year old boy where his father worked. His reply, "I don't have a father."

When God goes it seems the "family" is the first to fall.

A first indicator of the havoc to follow. Without God Holy marriage gives way to bed partners. Sex falls into a satisfying irresponsible pleasure ... recreation rather than purposeful procreation.

Sadly, I saw it all again; I heard it all again ... last night in the tear stained eyes of an old woman.
Posted by Pastor Von at 8:00 PM