THE LORD IS UNFAIR! 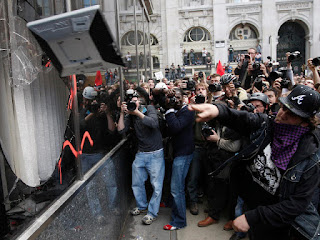 THE LORD IS UNFAIR!

At least that's the way The Grape Pickers Union looked at it! There was a full on demonstration! There was anger. There was yelling! Protests. He's unfair! A Rich Man against the poor!

What right has the Lord hiring some local "scabs" for a few hours work and paying them same wages as those who had worked the whole hot day! It isn't fair, the grape workers chanted! The Lord bi-passed the Union and no one, but no one does that!

And even today, by our human standards, sometimes it looks like God, "The Rich Farmer," is unfair!

When will we, God's own children, get it through our thick human heads God thinks and judges differently than we do, and I might add, He has every right to do so! (Is.55:8)

Surprise! He changed the rules that evening in favor of compassion. He had compassion on the poor who needed work, the few who would have worked that hot day but weren't given opportunity ... after all, He said, "it's my vineyard: it's my money and I'll do with it what pleases me." And compassion pleases Him! It's sad that Godly mercy, compassion and grace doesn't seem to filter through to His earthly family.